The Boy With Anger Inside

One of my very first clients with the ADHD diagnosis back in 2007 was an 8-year-old boy. When he and his mother came to see me for ADHD Coaching, he could only focus for 20-second stints. He was threatening in his communication and behavior at home. And he told me about how he threatened other children in the schoolyard when they were after him.

It took me three sessions to gain his trust enough that I could work with him. In that fourth session, he stayed overtime to finish a drawing that expressed something inside of him that he really needed to show me. He had drawn a stick figure with a high hat, big boots, and a gun.

He said: “This is Mr. Stupid.” He didn’t get that name from being stupid, but because the boy thought that Mr. Stupid did stupid things. The boy didn’t like Mr. Stupid, and he could tell me in detail how Mr. Stupid would make him do things that he didn’t want to do. And that Mr. Stupid was the angry one, not the boy.

When Parts Of Our Personality Messes With Us

We all have parts of our personality.

This is normal. We all have it, but not many of us are aware of this fact, even though it comes out in our language all the time.

Apparently Mr. Stupid was the part of the boy that would make him do stupid things when he felt challenged, and he would make sure that the boy gave an “appropriate” response.

His mother had brought him to me, hoping that I could help the boy change his behavior, not knowing that we would be transforming his anger too.

When I had the boy draw the anger and what was happening inside of him, I was using a methodology called Externalization. The name comes from Narrative Therapy although I use it with the NLP understanding of how our minds are structured.

It is a way to talk about the Anger with the boy instead of talking about the Angry boy, and it makes a world of difference for both the boy and the parent/therapist.

You do this by externalizing the anger, – making it the third thing in the room, pretending that it’s as real as the boy. Because to the boy, it is.

That way I could talk to the boy about his relationship with Mr. Stupid because the boy IS NOT Mr. Stupid. The boy HAS Mr. Stupid INSIDE of him, – just like he has hundreds of other parts of his personality in there. And Mr. Stupid is responsible for that specific anger reaction, so it was Mr. Stupid, we had to have a good discussion with.

This is where the beauty of externalization comes in. Having framed it so that Mr. Stupid has the anger, I can have a sensible conversation with the boy about the anger, about Mr. Stupid. And that’s the basis for the transformation.

And as I have written about here, there’s almost always an opposing part that wants to do something else. In this case, the boy could tell me that there was Little Nerd that wanted to be a good boy. But Little Nerd wasn’t very cool or very attractive to be, so he always lost in the inner power struggle between Mr. Stupid and Little Nerd.

The boy ended up first transforming Little Nerd into an attractive superhero-like character Mr. Cool before he transformed Mr. Stupid into Mr. Awesome that became friends with Mr. Cool. Now instead of having a super-dominating “negative” part and a boring “positive” part of his personality, he had two positive and energized friends that he could use to create a new way of behaving in and outside of school.

He changed his behavior so dramatically that his mother wanted to have their psychiatrist take away the four diagnoses the boy had. The psychiatrist didn’t believe it, so she refused even though his teachers confirmed this transformation in behavior. You can read more about him in the TransformingADHD Manifesto here.

The transformation of Little Nerd and Mr. Stupid happened through a series of drawings sessions and conversations which took us most of 10 sessions. All of the conversations were about what the boy wanted to change in inside himself. Only when the boy realized that I wasn’t trying to mess with his mind or force him into a different behavior pattern, did he trust me enough that we could do the transformational work. In the Transformational Parenting course, I’m going through more details and case studies with externalization and helping children draw out their own transformation.

The Speed Of Transformation

Even though this transformation took several sessions, the results came so fast, made permanent shifts in the boy and did not demand a lot of work from the boy outside the sessions, that I feared it was a one-off. But these results have been consistent with children where I have been able to gain their trust and where they have enjoyed the metaphorical work with parts of their personality, etc.

And yet 9 years later I am still amazed every time it happens.

What do you think about this way of addressing the mind?

What are your biggest challenges when it comes to anger/rage?

And what do you think, this method can do for you?

Have a great and inspired day,

PS: If you know other parents with children with the ADHD diagnosis, you know parents who need to know more about handling and transforming anger and ADHD. Share this article with them using the buttons below. 🙂 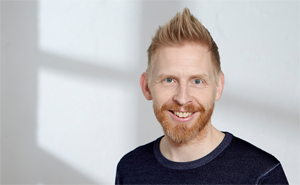 Since 2007 I have helped children, teens and adults with the ADHD diagnosis transform their lives and their ADHD minds with the ADHD Power Mind method. I am a Master Coach, hypnotherapist, trainer and writer and the Transforming ADHD Movement is rolling to let you and your child realize that there's more to life than normal, and to help you both transform your ADHD minds from the inside out. You are welcome to look around and find the blog, read about the movement and the Free Transformational Toolbox. Click Here to get immediate access to the Free Transformational Toolbox
ADHD: How To Reach The Part Of Your Child That Wants To Behave Well

ADHD: A Simple Trick to Stop Your Thoughts From Spinning around and around
Scroll to top